Should You Try MSM Eye Drops? Benefits and Side Effects Explained

Eye drops are one of the most popular prescriptions written by eye doctors, and for good reason. Depending on the type of eye drop, we often see them used for dry, irritated eyes, eye infections, and even glaucoma.

Most eye drops usually come with saline as their base ingredient, which ensures that the eye remains wet, and then the other ingredients are used as medication for symptom and disease relief.

As already stated, there are different types of eye drops that are used for treating different eye problems. One of the more recent additions to the world of dry eye is MSM eye drops, and we’re hearing from more and more patients who want to know more.

What is MSM? What Are MSM Eye Drops?

The term MSM stands for Methylsulfonylmethane. MSM is a type of organic nutritional sulfur which is typically found in grains, meats, vegetables, fruits, and certain dairy products.  Since it is naturally found in nature, it is also present in oceans, soil, and the atmosphere in general. As eye drops, MSM is often used by those with dry, irritated eyes, as they soften mucous membranes and facilitate fluid passing through the tissues.

One of the main reasons for MSM’s popularity has been the book titled “The Miracle Of MSM: The Natural Solution For Pain” by Stanley Jacob. This book explains how MSM is beneficial and useful for human consumption. However, you should know that the published scientific research to support MSM’s use is fairly scant.

Contrary to popular belief which promotes MSM, there exists no recommended dietary allowance for MSM and, even in eye drops, it is used as a supplement and not a true medication for any condition.

How Does MSM Work?

The fundamental principle through which MSM works is through ensuring the supply of sulfur to the body so that other chemicals in your body can work efficiently. MSM makes sure that the amount of sulfur in the human body stays at adequate levels so that it could provide supplies to those chemicals in your body that need it in order to function appropriately.

MSM is fundamentally a naturally occurring sulfur in the human body. This is used in numerous healing applications, as there is some evidence that it may be helpful for reductions in pain, inflammation, and improvement in collagen health. One of MSM’s most typical uses is for the eyes, because the eyes are mucous membranes.

MSM may have a healing impact because of its ability to successfully cross membrane barriers created within the human body. This makes MSM critically important for the treatment of eye ailments.

Just like our skin, our eyes grow tougher and less resilient as we age. This is where MSM eye drops may come to the rescue. As these eye drops have the ability to soften the leathery membranes of the eye, they can comfortably allow nutrients to pass with greater ease to the locations where they are needed in the eye. Occasionally, MSM eye drops will also be used to increase the absorption of other treatments.

One of the most common eye problems we see today are cataracts. MSM drops potentially provide relief by removing the waste particle buildup of cataracts. In addition to this, some research has shown that high levels of antioxidants can help prevent the progression of cataracts. However, research on MSM use for cataracts is relatively slim. 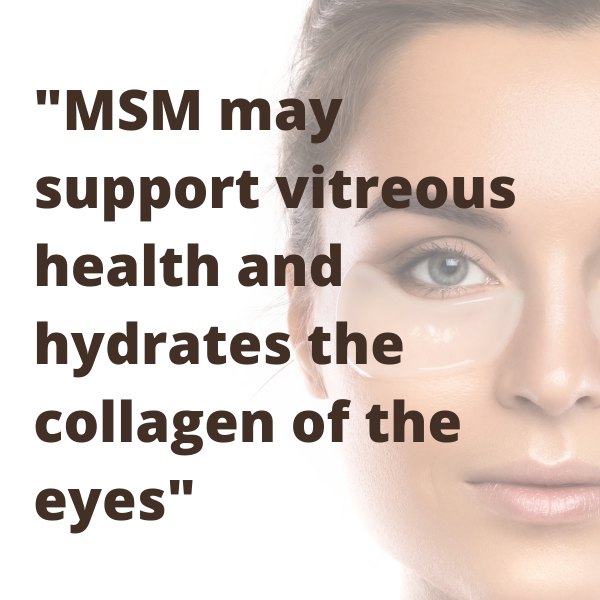 Floaters and Other Therapeutic Effects

Other than what has been mentioned already, there are also additional benefits that your eyes may notice from MSM eye drops. For example, MSM drops are said to cause improved vision, lead to an improvement in red spots, and they have also been reported to help in the removal of floaters. According to Dr. Sam Berne, for those patients who use his 15% MSM eye drops for floaters, nearly 70% of them come back reporting that their floaters have lessened. MSM may support vitreous health and hydrates the collagen of the eyes.

The Science Behind This

Stanley Jacob, who is an MD at the Oregon Health Sciences University in Portland, has said that up until now, more than 11,000 articles have been written supporting MSM and how its use is beneficial for certain eye ailments.

Despite the fact that hundreds of studies have been conducted so far, there is still no evidence that the use of MSM ever has a beneficial impact on the eyes.

In addition, there is a vast amount of anecdotal evidence that goes against the tall claims made about MSM and its advantages. Moreover, most qualified doctors do point out that scientific studies claiming the benefits of MSM are not very credible. So while you may be planning to use MSM eye drops, keep in mind that there are no reputable studies showing that they actually work.

This is one of the most important benefits offered by MSM. What makes it so is its impressive ability to ensure that all metabolic waste is removed from the cells. During inflammation, the cells of the body become inflamed, which leads them to retain all of the byproducts created by and during the metabolic process.

These toxins require the presence of an adequate amount of sulfur in the body to be removed. It is upon the removal of these byproducts that cells can dispose of excess fluids from the body, which were being stored as a buffer.

In addition to carrying excellent anti-inflammatory properties, MSM is also a highly impactful source of providing antioxidants to your body.

Aside from its anti-inflammatory properties, MSM also helps increase the level of glutathione in your body, which is a powerful antioxidant produced by the human body. For example, a study discovered that MSM supplements played a significant role in reducing inflammation in mice who had stomach ulcers. MSM did so by containing the release of certain inflammatory cytokines, which included TNF-a and IL-6. In addition to inhibiting cytokines, MSM also increased the levels of glutathione.

MSM has been shown to decrease the release of inflammation-causing molecules. Not only that, but it also provides effective support for boosting the levels of glutathione. However, this may or may not translate to eye drops and use on the eyes.

The immune system in your body is a highly sophisticated and specialized network of tissues, organs, and cells which plays a crucial role in protecting your body against numerous illnesses and diseases. If you have a poor diet, insufficient sleep or stress, the immune network may weaken.

MSM is an important source of sulfur compounds, which have a highly significant role in ensuring the health of the immune network in your body. That’s because MSM effectively reduces oxidative stress and inflammation, which actually render your immune system weak. As MSM reduces inflammatory compounds as well as stress, this means the immune system of your body stays in good health.

Moreover, MSM creates glutathione in your body, which is an excellent antioxidant that is considered fairly useful in improving the health of your immune system.

Cutting the long story short, MSM boosts your immune system by decreasing inflammation and increasing the levels of glutathione in your body. 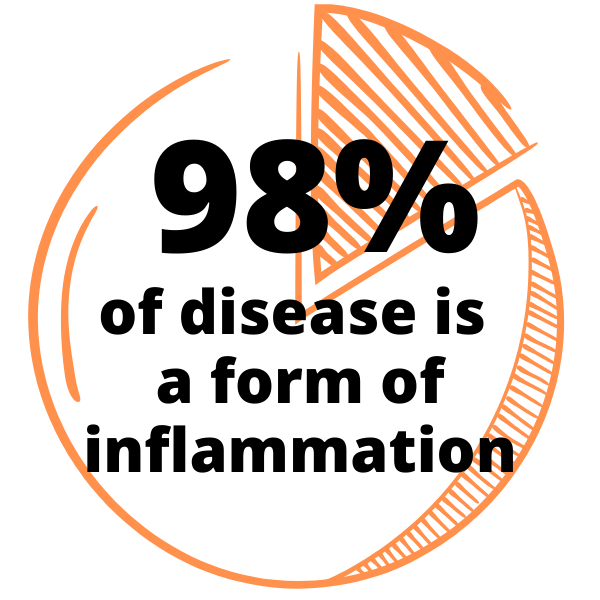 MSM is considered as the best source of sulfur for your body. But do you really need sulfur in your body? Yes!

Sulfur is found in not only your hair, but it is an important ingredient of the proteins found all over your body. Sulfur facilities the smooth functioning of many bodily processes. A lack of sulfur in your body would mean protein wouldn’t be created.

In order to help reduce the sulfur deficiency in your body, MSM is something you could consider.

At times, your body may suffer from what is called rhinitis, which is an allergic reaction leading to such symptoms as watery eyes, sneezing, runny nose, itching, and nasal congestion. This allergic rhinitis could get triggered by animal dander, pollen, and mold, and it happens both seasonally and all year long.

After you are exposed to an allergen, numerous inflammatory substances are released in your body, causing a few of those awful symptoms that keep you near the tissue box.

Studies show that an MSM dose may provide effective help in countering allergic rhinitis symptoms. MSM helps decrease allergic reactions by reducing the inflammation and containing the release of cytokines.

Your body will experience pain and soreness due to the presence of lactic acid and byproducts after you exercise. Taking MSM will increase your body’s ability to fight and remove these waste products at the cellular level. This means that the recovery process becomes faster and creates more energy for rebuilding.

MSM increases the permeability of the cells, meaning less energy will be needed to eliminate toxins. Consequently, this leads to more energy being directed towards health-boosting activity and healing! Digestion is where the energy is most often consumed, and MSM helps increase your nutrient absorption rate so that energy on digestion is reduced.

As you can see, the benefits noted above are all for the supplemental form of MSM. It remains to be seen whether or not MSM is effective for any eye conditions.

Who Should NOT Use MSM?

MSM should not be used by those who are allergic to sulfur, which is found in eggs, garlic, and cruciferous vegetables like broccoli and kale. Those with sulfa allergies do not necessarily need to worry, but it’s recommended to begin by using it on a compress instead of using it in the eyes. This will ensure that you tolerate it well.

For those with acute, painful eyes or eyelid inflammation, it is relevant to note that the drops may sting or burn. It’s recommended to start with a lower concentration, such as 5%. Those who have just undergone cataract surgery should wait at least three days after surgery before using the drops. MSM may push other eye drops further into the eyes, and may help improve absorption of other eye drops into the eyes. For those who use eye drops for glaucoma, simply wait 20 minutes after using your glaucoma drops before applying MSM.

This strength is often used by Dr. Berne in patients who have bothersome floaters.

Directions for use: Put 1 or 2 drops in the eye(s) up to 6 times every day as needed. Store at 68 to 85 degrees. Protect from sunlight. 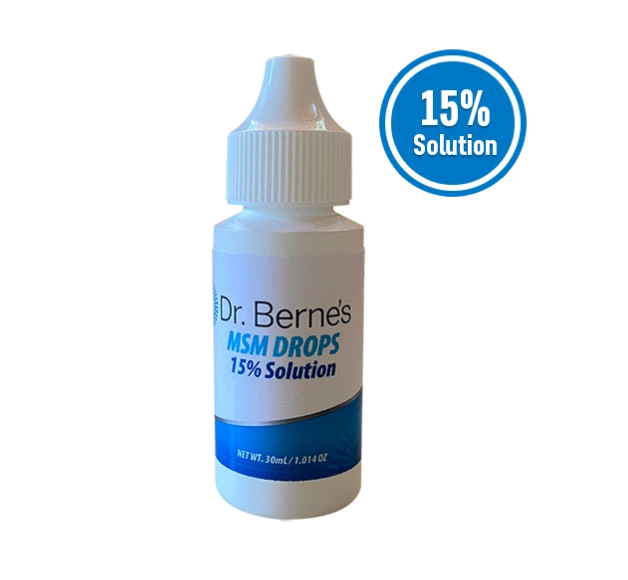 These are recommended for those who want eyes that feel brighter, fresher, and rejuvenated.

Directions for use: Put 1 or 2 drops in the eye(s) up to 6 times every day as needed. Store at 68 to 85 degrees. Protect from sunlight. 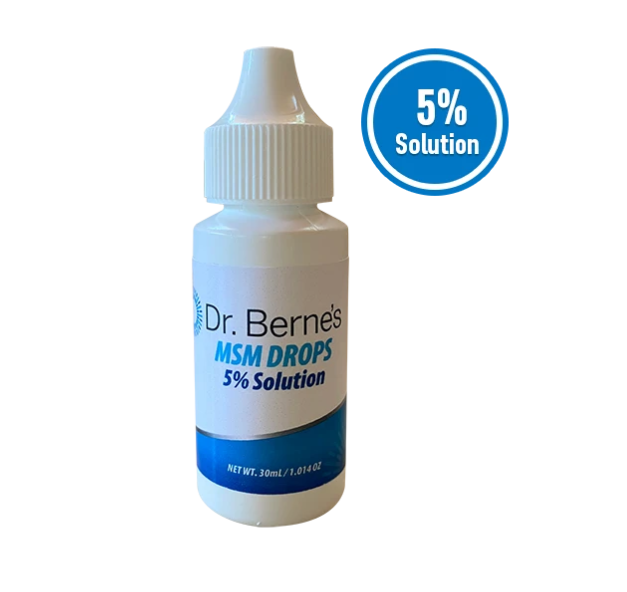 Dr. Sam Berne has been in private practice in New Mexico for over 25 years where he works with patients to improve their vision and overall wellness through holistic methods. He holds a Bachelor of Science from Pennsylvania State University, Doctor of Optometry from Pennsylvania College and did his postdoctoral work at the Gesell Institute in collaboration with Yale University. He has been awarded The Special Awards for Service from the Behavioral Optometrists in Mexico for his innovative and holistic work with children.

His protocols take a proactive, rather than reactive, approach to health and wellness. He understands and treats the body as one integrated system, rather than a collection of independent organs, in order to identify and address the root causes of disease. His whole health protocols improve vision and wellness by healing the mind-body-spirit through nutritional protocols, vision therapy, and self-care techniques. This views each person as genetically and biochemically unique and enables the individual to make lifelong improvements to their well-being.

We, Eye Love, LLC, are a participant in the Amazon Services LLC Associates Program, an affiliate advertising program designed to provide a means for us to earn fees by linking to Amazon.com and affiliated sites. MediViz and Heyedrate branded products are made by our company, Eye Love, but we truly believe that our products are the best on the market! It is important to know that our products are not intended to diagnose, treat, cure, or prevent any disease.