What Are Demodex Eyelash Mites?

Demodex are tiny mites found in or near hair follicles. They are most commonly found on the face and around the eyelashes, and they feed on the skin cells, bacteria, and oil there.  They're usually about 0.3 mm long, have eight legs, and their body is covered in scales for anchoring into a hair follicle. Feeling itchy yet?!

Infestation is very common, especially in the elderly and immunocompromised people,  and usually does not cause symptoms, but eye issues such as blepharitis, dry eyes, and meibomian gland dysfunction can be exacerbated.

Demodex mites are impossible to see without a microscope and, even then, eye doctors often have to be truly looking for them to notice that they are there. If you believe you are suffering from an infestation of demodex, make sure to speak with your eye doctor so that they can properly assess your eyelid and eyelashes for these little creatures.

What are Demodex Eyelash Mites Symptoms?

We can actually see the eyelash mites if we pluck that eyelash and look at it under a high powered microscope, but you will NOT be able to see them by looking in the mirror.

What are the Associated Conditions?

This condition is a type of inflammation which typically corresponds with chronic skin redness and irritation. In certain instances itchy, red eyes are the initial sign that an individual has rosacea, and they may therefore also have ocular rosacea. Rosacea is thought to be caused by a combination of environmental and genetic factors, and it can be exacerbated by the following things:

Blepharitis is one of the most common eye diseases caused by either bacteria or a skin condition, such as dandruff of the scalp or rosacea. It is an inflammation of the eyelids in which they become irritated and itchy. While it is usually not sight-threatening, it can lead to permanent modification in the eyelid margin and may disrupt the tear film as well as the front surface of the eyes.

Anterior blepharitis appears at the exterior edge of the eyelid where the eyelashes are attached. Alternatively, posterior blepharitis (also known as meibomian gland dysfunction or MGD) affects the inner edge of the eyelid, which is the part that comes into contact with your eyeball. This is where the meibomian glands live, and these little oil glands are responsible for the oily portion of your tears.

Both anterior and posterior blepharitis can put you at risk for dry eye disease because it can disrupt the tear film and the ocular surface. Similarly to rosacea, many people with blepharitis also have demodex eyelash mites that are causing issues for them. For these people, it may be the increase in unhealthy oils or a simple lack of hygiene causing this correlation.

Tea tree essential oil has known antibacterial properties that work well to kill off microorganisms on the skin around the eyelids. Tea Tree oil is a know killer of demodex and this is why we recommend this essential oil for getting rid of demodex mites.

However, there are a few things to keep in mind. Tea tree essential oil is incredibly strong, so it absolutely must be diluted properly before use. We recommend diluting tea tree oil with jojoba oil or another noncomedogenic oil of your choice. As everyone's skin is different, though, it is tough to give a recommendation on a dilution ratio to begin with.

In order to avoid burning your eyelids, we recommend using the MediViz Eyelid Wipes with Tea Tree Essential Oil. These are a great addition to an eyelid cleansing routine that needs a little extra help due to demodex issues. 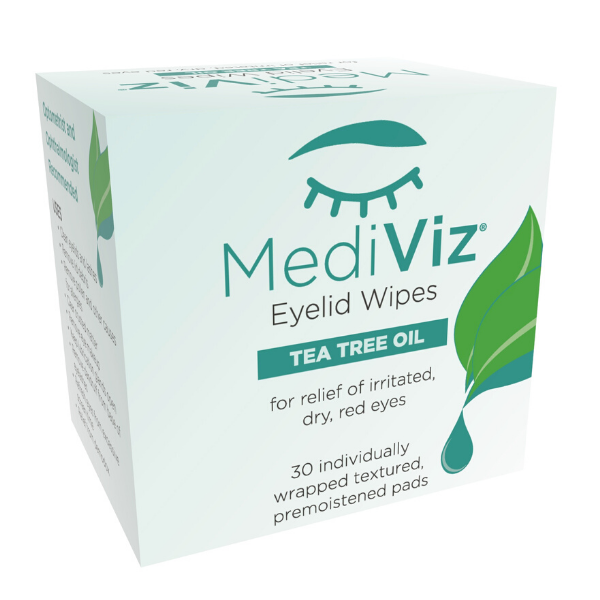 It's imperative to keep your facial and eyelid skin clean to reduce demodex eyelash mites, because more bacteria will only exacerbate the issue.

To use, simply lather the tea tree oil soap between wet hands and apply in circular motions to your wet face, taking care to close the eyes tightly and rinse them well afterward. You can even use this soap in the shower as a shampoo for scalp demodex and dandruff. 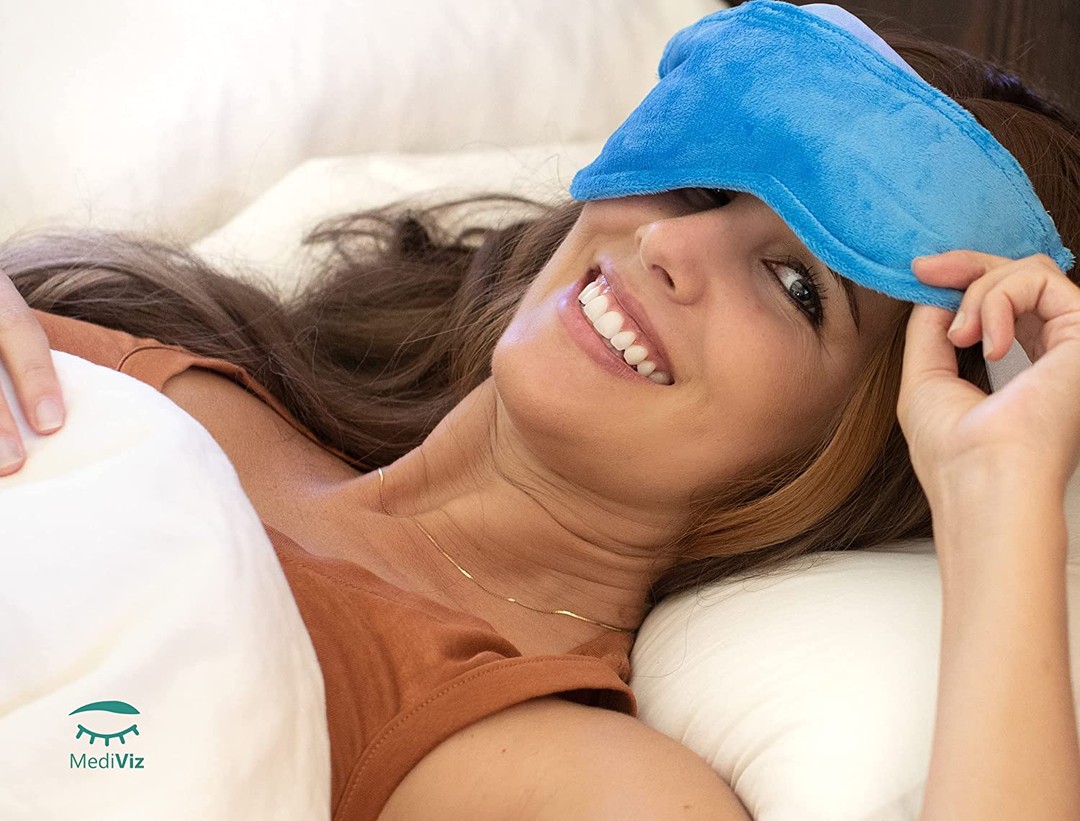 This is a simple way to reduce the effects of MGD. The heat from a warm compress will heat up the compacted oil and allow the oils to disperse more freely. The mites are less likely to feed on oil that isn't stagnant and full of bacteria.

To use a warm compress eye mask, simply microwave the mask on high for 20 seconds, test the temperature on the inside of your wrist, and then place over your closed eyelids for 15-20 minutes. Sit back and relax! You'll want to do this twice per day for maintenance. 4. Keep Your Eyelids Clean With A Hypochlorous Acid Eyelid Cleanser

With all of the bacteria that naturally live on our eyelids and skin, it is so important that those who suffer from demodex eyelash mites to always keep their eyelids clean. If you suffer from blepharitis, demodex, or MGD, cleaning the lids and lashes with an effective hypochlorous eyelid cleanser is the best way to ensure that bacteria does not lead to an over-infestation of demodex eyelash mites.

A hypochlorous-based cleanser is great for demodex because it's super gentle and requires no scrubbing. If you want to keep it super simple, you can simply spray it on your closed eyelids and go.  This helps by cleaning up the "food" that demodex eyelash mites live on, such as the oils that you product and skin flakes that shed from dry skin.

Since demodex eyelash mites can be spread from person to person by contact, mascara can transplant them from one person to the next.  With such a high number of people having demodex eyelash mites you should AVOID sharing mascara with one another and also throw away your mascara after 3 months of use. In addition to mascara, you should be tossing any liquid makeup product 3 months after you've opened it.

If you suffer from bleparitis, meibomian gland dysfunction (MGD), demodex eyelash mites, or dry eyes of any kind, makeup can be difficult for you to wear. There are so many irritants in today's cosmetics, and we have to be careful to minimize this when we have dry, irritated eyes, because conventional makeup will only exacerbate the issue.

Make sure to check out this blog on the Best Natural Eye Makeup for Sensitive Eyes and Eyelids.

AMAZON AFFILIATE INFORMATION
We, Eye Love, LLC, are a participant in the Amazon Services LLC Associates Program, an affiliate advertising program designed to provide a means for us to earn fees by linking to Amazon.com and affiliated sites.