STOP Eye Drops Now... Do This Instead

Most of you reading this will have used eye drops at one time or another. Maybe you’re even someone who uses them multiple times per day. No matter how often you use them, you need to be aware that artificial tears are only covering up the problem and not tackling the core issue.

Yes, for those with mild dry eye disease, artificial tears can provide some actual healing to the cornea. However, those in later stages are only masking their symptoms. So, should you be using eye drops? In some cases, they can be beneficial and no matter what, you'll want to continue seeking the advice of your eye doctor. However, we’re going to discuss other alternative, effective ways of dealing with dry, red, irritated eyes.

Why Your Eyes are Red and Irritated

When your eyes become red and irritated, it means there is inflammation present. By definition, inflammation is your body’s process for fighting offending agents (which may be due to injury, infection, toxins, or other reasons). This is a normal process and your body’s way of healing itself. While acute inflammation can be a good thing and help your body heal, chronic inflammation can be very hard on your body. Inflammation in general will bring about a few things; redness, swelling, heat, pain, and loss of function. Many of you with dry eyes will recognize some of these signs as being things that you deal with on a regular basis.

Inflammation is often just one piece of the puzzle, but where does it come from? In many cases, bacteria is to blame. An overload of bacteria is the number one cause for blepharitis, or inflammation of the eyelids. When bacteria invade, the body begins to do what it can to fight off infection and brings about redness, itching, and sometimes pain. Because we know that blepharitis is a major cause of dry eye disease, we often see that most of our patients with dry eye have some form of blepharitis.

There are two forms of blepharitis, anterior and posterior. Anterior blepharitis concentrates at the base of the eyelashes and mostly disrupts the front portion of the eyelids. Posterior blepharitis is also sometimes known as meibomian gland dysfunction (MGD) and affects the meibomian glands at the back of the eyelids. These little glands are responsible for making the oily portion of our tears, so when this is disrupted dry eye can result. You may notice a few or all of the following symptoms if you have blepharitis:

Symptoms of Blepharitis and MGD 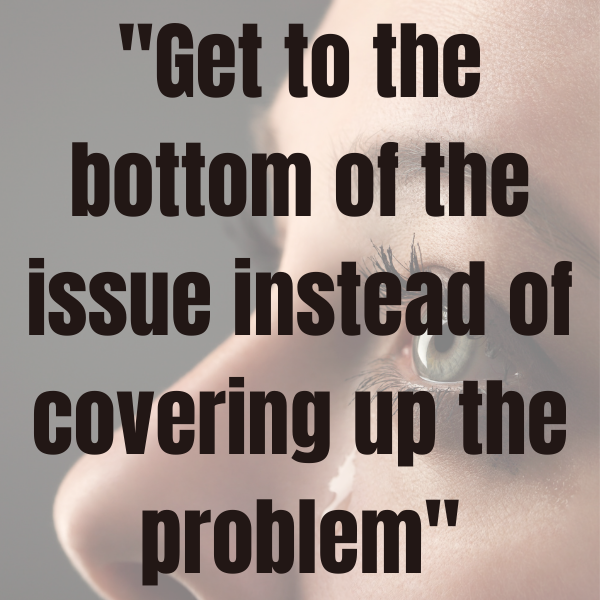 Do This For Your Dry, Red Eyes Instead

We’ve already discussed that eye drops can be beneficial for some people, and they provide relief for many, but there are better ways to heal inflammation of the eyes and eyelids.

After removing your makeup and washing your face, those with blepharitis may benefit from using an eyelid wipe. Many different types exist, and they’re great for scrubbing away the crustiness that’s often found at the base of the eyelashes. If you know you suffer from demodex eyelash mites, choose a tea tree oil eyelid wipe. Tea tree oil is known to kill demodex and can be safe when used for this purpose. If you don’t have demodex or you’re unsure, try a regular eyelid wipe without tea tree essential oil. Eyelids wipes can even be effective for removing eye makeup.

Once you’ve washed your face and eyelids, use a warm compress eye mask. Like mentioned earlier, most dry eye disease is due to MGD. With this condition, the oils within the meibomian glands become hardened and stagnant. By using a warm compress, you can heat up the oils and allow them to flow more freely. This is a great maintenance therapy and feels quite good! Simply place a warm compress eye mask in the microwave for 20 seconds and lie it over your closed eyelids for 10-20 minutes, reheating as necessary. Use this time to meditate, pray, or simply sit in silence and enjoy some time to yourself. If you’re concerned about being able to easily clean your mask, purchase one with a removable cover. 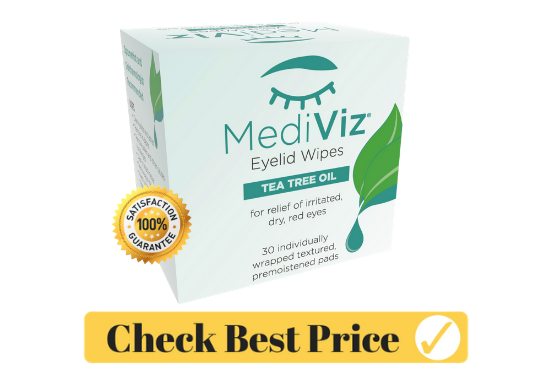 After enjoying your warm compress spa therapy, you may notice that your eyes are a bit blurry. This is normal, a good thing, and it means that you’ve released oils onto your eyes. After a few minutes of letting those oils spread around, use a hypochlorous acid cleanser on your lid and lashes. We recommend hypochlorous acid over anything else because it is a natural complement to your body’s healing capacity. This natural antiseptic is released by your body in response to invaders such as bacteria, and it works to heal your body. This solution can be used on your eyelids and even on scrapes and cuts you would normally cover in antibiotic ointment. Simply spray the solution onto your closed eyelids, rub it in using your clean fingertips (or a cotton ball), and let it dry. There’s no need to rinse off hypochlorous acid, and the healing properties are simply amazing.

As you can see, there are many ways to heal your dry eyes and many of them don't need to involve eye drops. If your eyes are red, irritated, and feel horrible overall, see your eye doctor first. They're your best source of information regarding what type of eye drop you might need, and you may have an infection or inflammation that needs a prescription. However, also make sure your eyelid hygiene is optimal and get to the bottom of the issue before you simply cover up the problem. 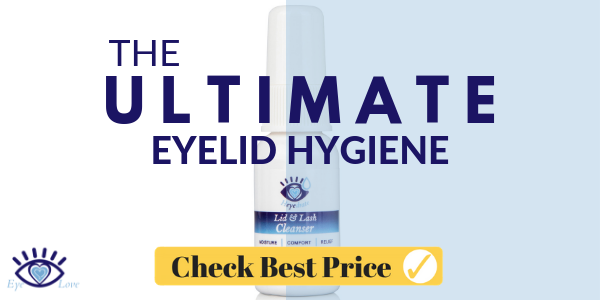